The Avian Archives of Iowa Online (avIAn) is a web portal for digital Iowa ornithological primary sources dating from 1895-2012. Materials from eight collections provide robust documentation of over one hundred years of bird study in Iowa and encompass some of the Midwest’s most influential conservationists.

At the core of the set of collections are the records of the Iowa Ornithologists' Union (IOU). The IOU records form what we believe is the largest and most comprehensive archival documentation of bird sighting records in Iowa, with national significance as a complement to the North American Bird Phenology Program.

These materials, when accessed collectively, reveal the social network of Iowa conservation and ornithology in the 20th century. Walter Rosene (MS 589) was one the founders and early presidents of the IOU (MS 166). Additionally, he was a correspondent of Philip Dumont (MS 153), as was Woodward Hart Brown (MS 502). Philip Dumont himself was involved in the IOU. At the same time that Philip Dumont worked to assess wildfowl management and habitat in the state of Iowa, Frederic Leopold (MS 113), brother of Aldo Leopold, began his 35 year study of wood ducks centered in Burlington, Iowa. The social connections continue with recent materials. The Big Bluestem Audubon Society (MS 592) and the IOU share some leadership. The remaining collections, the Fairfield Bird Club (MS 386) and the Iowa Ornithological Association (MS 581) round out the digital collection. Additionally, the Fairfield Bird Club materials document a club with a large percentage of female leadership.

This project was supported by a Digitizing Hidden Collections grant from the Council on Library and Information Resources (CLIR). The grant program is made possible by funding from The Andrew W. Mellon Foundation.

We would like to extend a special thanks to the Iowa State University Library Special Collections and University Archives which holds the archival collections included in this project.

We would also like to thank the Iowa Ornithologists’ Union, whose collection makes up a large portion of the digitized materials, for their cooperation and assistance. 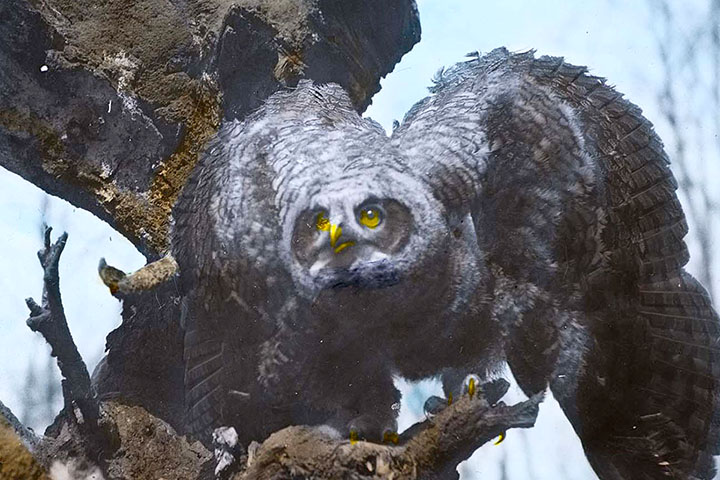 A young owl leaving a nest. 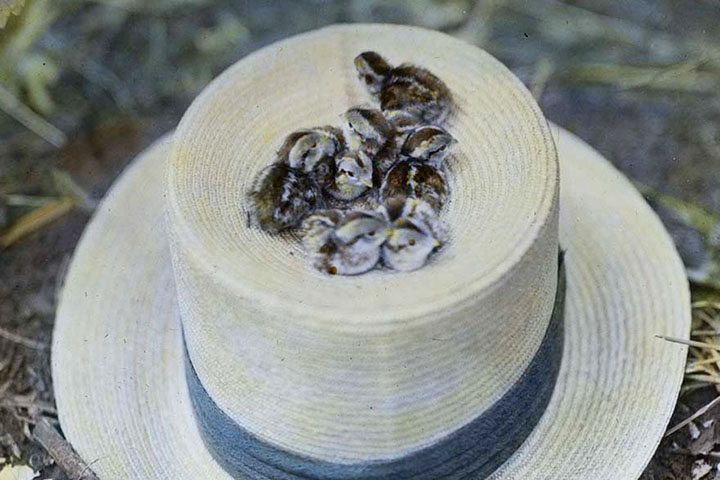 Bobwhite quail chicks sitting on top of a hat. 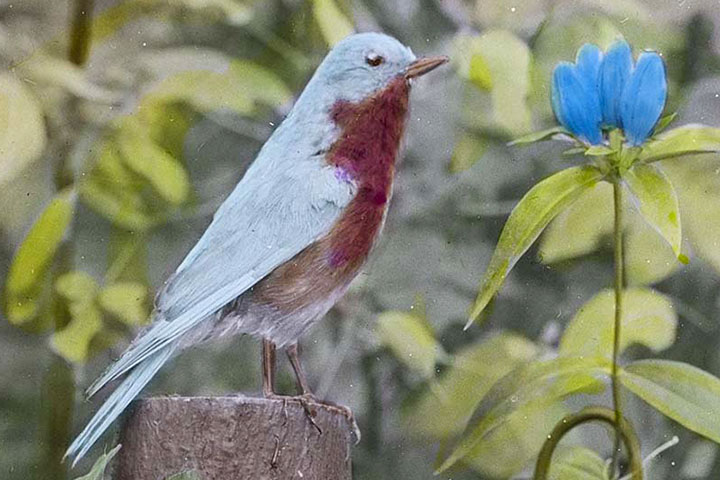 Bluebird perching on a stump.